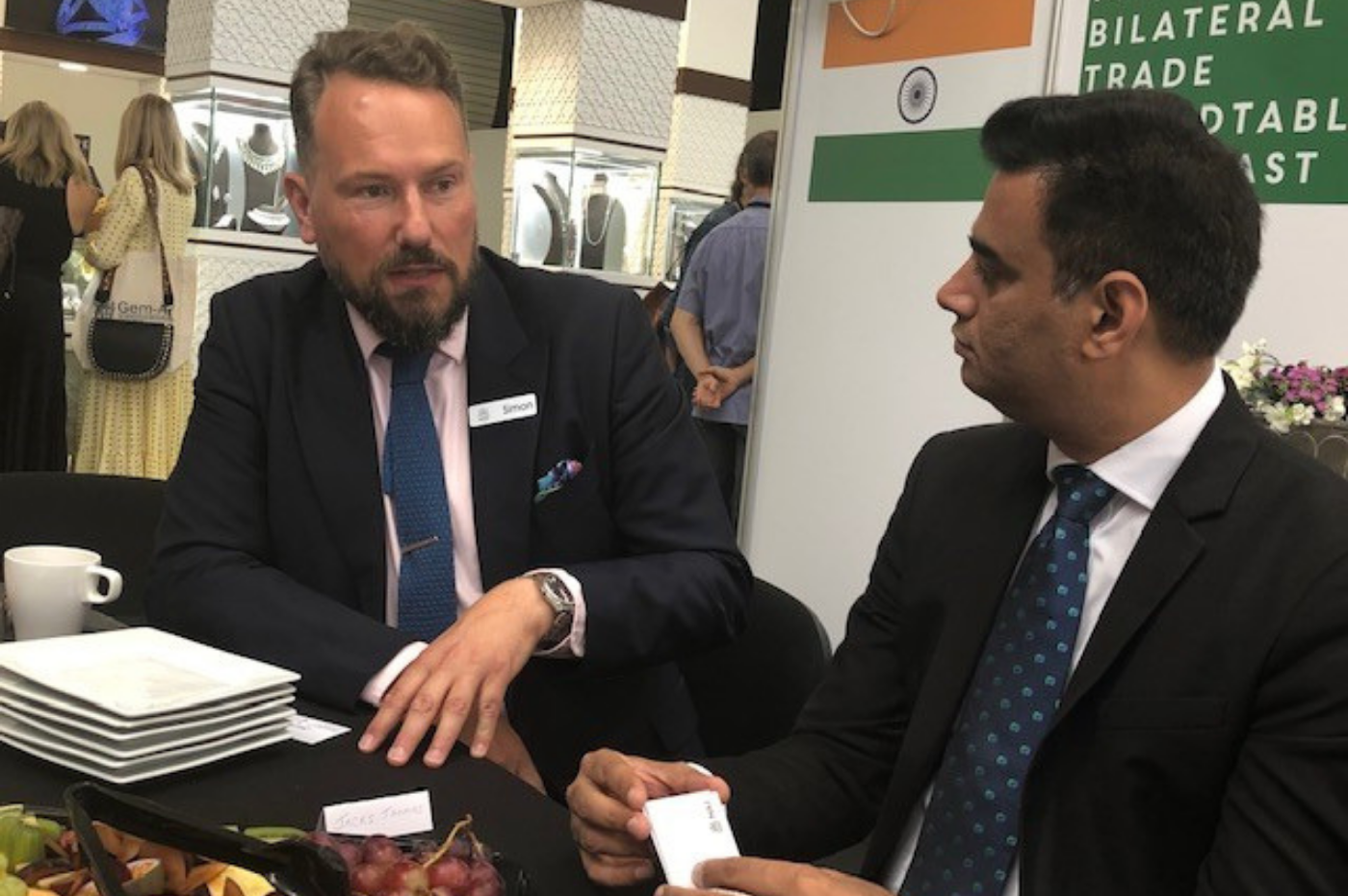 Delegates from the Indian and UK trade met at IJL (International Jewellery London) on the opening day of the show to explore new gems and jewellery trade opportunities between the two countries.

Rohit Vadhwana, First Secretary (Economic) of the Indian High Commission, invited Simon Forrester, CEO of the NAJ, to attend the next edition of the IIJS Signature trade fair in Mumbai in 2020.

The meeting at IJL, which included Andrew Morton, managing director of Weston Beamor, the Creative Jewellery Group, a leading Birmingham-based jewellery manufacturer, discussed avenues to boost bilateral trade in gems and jewelry between India and the UK.

Forrester later told the packed audience at a seminar about the British Asian jewellery consumer, that he welcomed initiatives to deepen gems and jewellery trade between Britain and India with a likely Brexit just weeks away.

Morton said: “I embrace the opportunities that will arise to increase trade.”

The British Asian jewellery community is currently discussing establishing a forum, which could help channel new British Asian members to the NAJ.